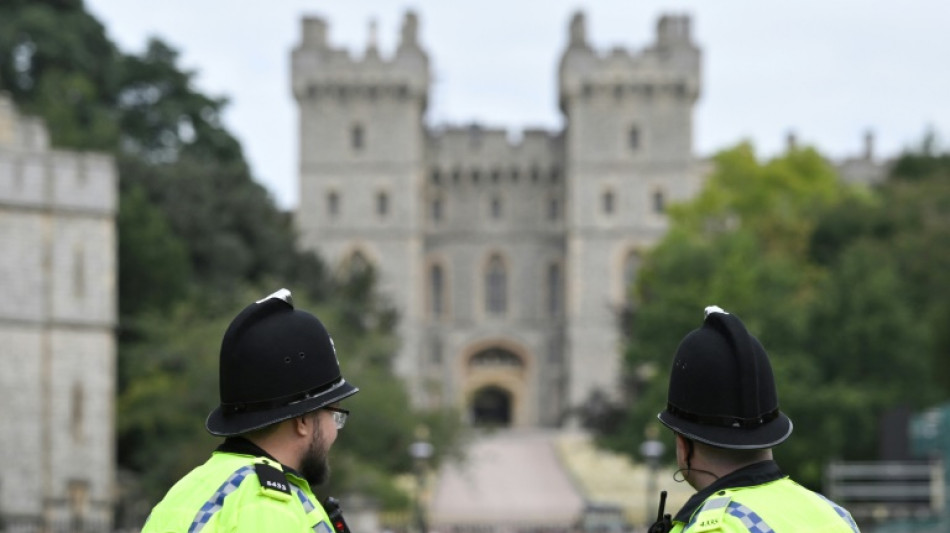 Queen's funeral: UK police gearing up for largest ever test

Queen Elizabeth II's state funeral on Monday will be London's largest ever policing event, the city's force said Friday, with world leaders and hundreds of thousands of mourners set to descend on the UK capital.

"I can confirm that this will be the largest single policing event that the Metropolitan Police has ever undertaken," Deputy Assistant Commissioner Stuart Cundy told reporters at a special briefing.

The funeral will take place at Westminster Abbey at 1000 GMT on Monday, before the coffin is transferred by royal hearse to Windsor Castle, west of London, for a committal service.

It will be followed by a family-only burial in which the queen will be laid to rest alongside her late husband Philip, both her parents and younger sister.

More than 2,000 officers have been drafted in from across the country to help Scotland Yard police the event.

"The range of officers, police staff and all those supporting the operation is truly immense," said Cundy.

"Our firearms officers, our dog handlers..., our marine unit."

Police will deploy more than 36 kilometres (22 miles) of barriers in central London, with hundreds of thousands of people expected to line the streets.

"In relation to crowds and numbers and potential surges and crushing, that is something that is constantly monitored by the police commanders," said Cundy.

"The facilities and the technology we have, so we can see everything that's going on from so many different angles, is absolutely critical in terms of that control of crowds," he added.

But it is not just the expected volume of people that presents an unprecedented challenge.

"This will be the largest global protection operation that the Met Police has ever undertaken," said Cundy.

More than 2,000 guests are expected at Britain's first state funeral since that of the country's wartime prime minister Winston Churchill in 1965.

US President Joe Biden, Canadian Prime Minister Justin Trudeau, Australian leader Anthony Albanese and French President Emmanuel Macron have all confirmed their attendance at the funeral, as have Japan's Emperor Naruhito and numerous other royals.

Police are working with the UK government and other organisations "well versed" in engaging with world leaders and their protection teams to coordinate plans.

The force has already been called upon to police major events in the capital since the queen died on September 8, with officers currently standing guard over the late monarch's body as it lies in state at Westminster Hall.

They are also keeping watch on the five-mile (eight kilometre) long queue to see the queen's coffin lying-in-state.

So far, 34 people have been arrested during the operation for a range of offences, with police stressing that none of those had been for people protesting against the monarchy.

"We have ensured that all of our officers, not just Met officers, but all those colleagues that are deployed here in London, understand that clearly, people have a right to protest," said Cundy.