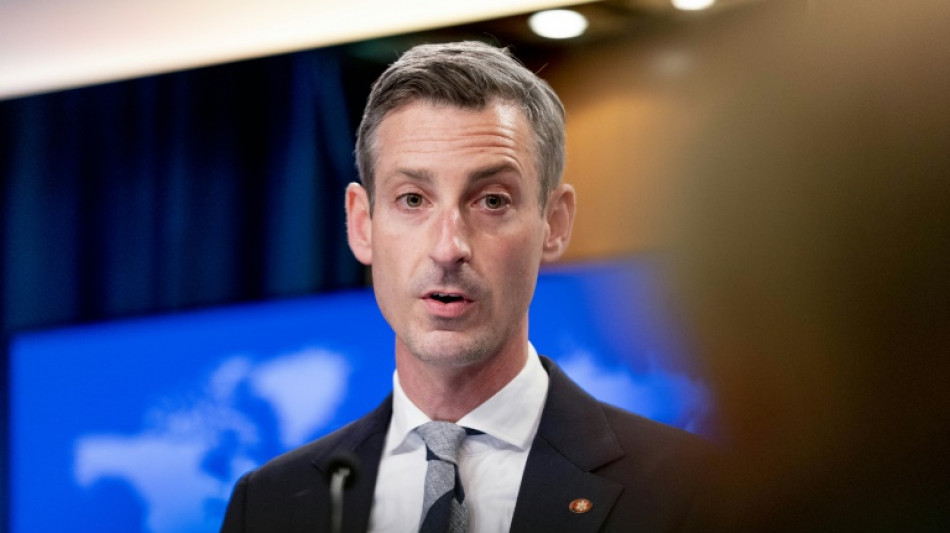 The US State Department on Thursday ruled out proposals to send MiG fighter jets to Ukraine via an American base, saying Kyiv's efforts to repel the Russian invasion would be better served by the supply of ground-based weapons.

Ukraine's President Volodymyr Zelensky has repeatedly urged Washington and NATO to send aircraft or establish a "no-fly zone" over the war-torn Western ally to defend against Russian air strikes.

"We will continue to provide our Ukrainian partners with the surface-to-air systems that they need to take on the threat that they face from Russian missiles, from Russian rockets, from artillery," he said.

Price added that Ukraine already has "several squadrons" of its own "fully mission capable" aircraft and that the United States sending more to Ukraine could pour gasoline on the conflict.

"The intelligence community produced an assessment that the provision of planes in this manner... could be viewed by Moscow as escalatory," he told the news conference.

Warsaw had expressed support for a plan in which Poland would have sent its Soviet-era MiG-29s to Kyiv via a US air base in Ramstein, Germany, with the suggested follow-on step that the United States backfill Poland's fleet with F-16 fighter jets.

But US Defense Secretary Lloyd Austin told Poland's Defense Minister Mariusz Blaszczak on Wednesday that Washington had no desire to get involved in the plan.

Russian forces were encircling at least four major cities in Ukraine on Thursday, with armored vehicles rolling up to the northeastern edge of the capital Kyiv.

The US House of Representatives green-lit a spending package including nearly $14 billion for Ukraine and allies in eastern Europe, which is due to be rubber-stamped by the Senate as soon as Thursday.

The United States this week also imposed a ban on Russian imports of oil and gas, a move followed by Canada and a pledge from London to end the imports within the year.

But it had already ruled out enforcing a no-fly zone for fear of being drawn into the conflict directly.